The kaupapa for the 2019 Museums Aotearoa Conference draws on the landmark WAI262 Waitangi Tribunal report, Ko Aotearoa Tēnei (This is New Zealand). This whole-of-government review, issued in 2011, recommended wide-ranging reforms to legislation and policies that affected Crown-Māori relations across government departments and agencies, including significant statements on tino rangatiratanga, intellectual property and mātauranga Māori ā iwi, ā hapu. It was also the first Tribunal report to consider what the Treaty relationship between Māori and the Crown might become in the post-Treaty settlement era, and how that relationship might shape and change Aotearoa New Zealand over the next half century.

MA19 places the Treaty at the centre of discussions to ask how this new era of partnership might be brokered and what promises it holds for our future. Each day of the conference is themed after one of the three principles of the Treaty of Waitangi: Participation, Protection and Partnership.

These principles align with Museums Aotearoa’s strategic priorities around Advocacy, Growth & Development, and Manaakitanga. This year’s conference is proudly hosted by the Museum of New Zealand Te Papa Tongarewa, the first museum in the world to be built upon a bicultural kaupapa, from leadership structure to collection care. Now entering its third decade, Te Papa is currently reviewing how it expresses its commitment to the Treaty, biculturalism, and partnerships with Māori in light of the changes in society since its establishment. This makes 2019 the ideal year for the national museum to act as a host and platform for the sector’s conversations on this topic.

In addition to two days of full conference presentations at Te Papa, MA19 will feature sector meet-ups, tours and masterclasses at other galleries and museums around the region, the Museums Aotearoa Awards evening and a special conference dinner at Parliament’s Banquet Hall.
The MA19 programme has been crafted to provide more presentation opportunities for speakers, lifting energy and variety, creating space for innovation and creativity as well as share knowledge.

Thank you to our wonderful supporters! 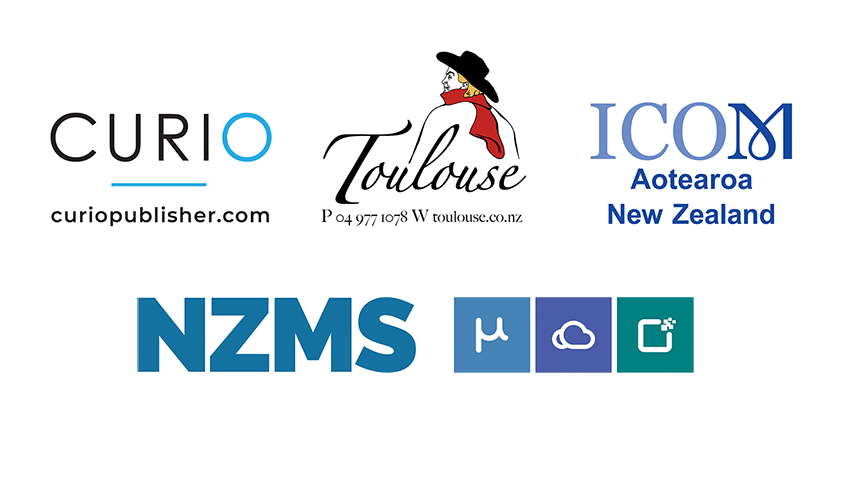